In places out of time, space or reason  ..  still trouble hunts some guys down.
In lawless times  ..  in lands where morals operate by different values  ..  where respect for man’s dignity isn’t always top of the list  …..

Variations on a theme

Short stories around the eternal triangle – a woman, two men 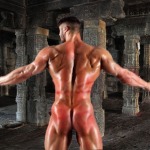 ..  tired of doing others’ dirty work  ..  taken his fate in his own hands.  Being a gangland boss brings responsibilties.  With responsibility come risks  ….

Fantasy places.  Worlds governed by fantasy laws  ..  where men make their own laws  …..